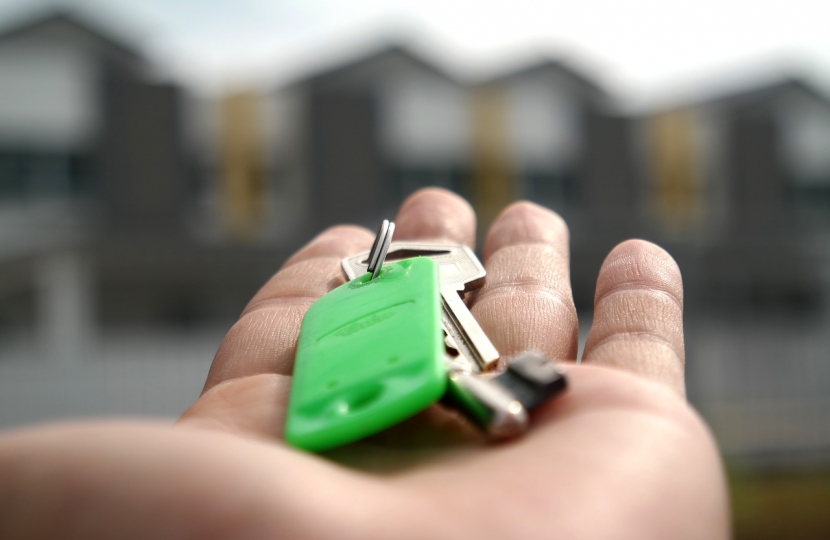 Worcester residents will receive a helping hand to get onto the housing ladder following the announcement of a multi-billion-pound government plan to build more affordable homes.

Nearly 120,000 new homes will be built for young people and families in England in the next five years as part of a £8.6 billion package announced by housing secretary Robert Jenrick.

Around half of the homes are expected to be sold with tens of thousands of homes built to rent at a discount typically between 50 and 60 per cent of the market rate.

Worcester MP Robin Walker said giving more people the opportunity to own their own home was a “good thing.”

“Affordable housing has been one of the long-term challenges for place like Worcestershire as it’s a very nice place to live and inevitably the house prices do rise,” he said. “Part of that is a good thing as it means we have good infrastructure links and good employment prospects, but obviously we still do need affordable housing.

“It’s really welcome that Robert Jenrick is announcing this major investment in delivering more affordable housing as part of the overall housing mix and that includes a significant proportion of affordable ownership.

“Allowing more people to own their own homes can only be a good thing and we want to get away from a situation where the younger generation find themselves in a situation in which they can only see any prospect of renting.

Announcing the funding on Tuesday (August 31), housing secretary Robert Jenrick said the “landmark” funding would “make the ambition of owning a home a reality for families by making it realistic and affordable.”

The University of Worcester has welcomed news from the Government of additional bursaries for trainee teachers.