MPs join walking footballers as they attempt tackle on loneliness 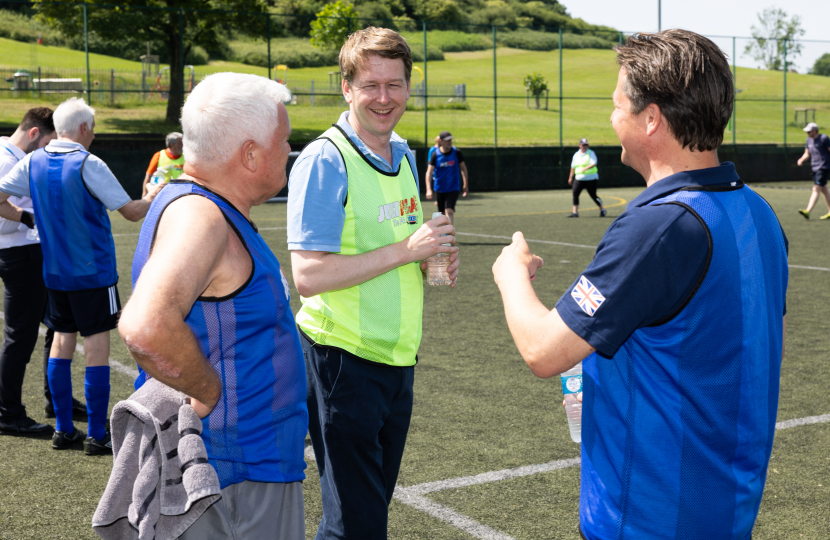 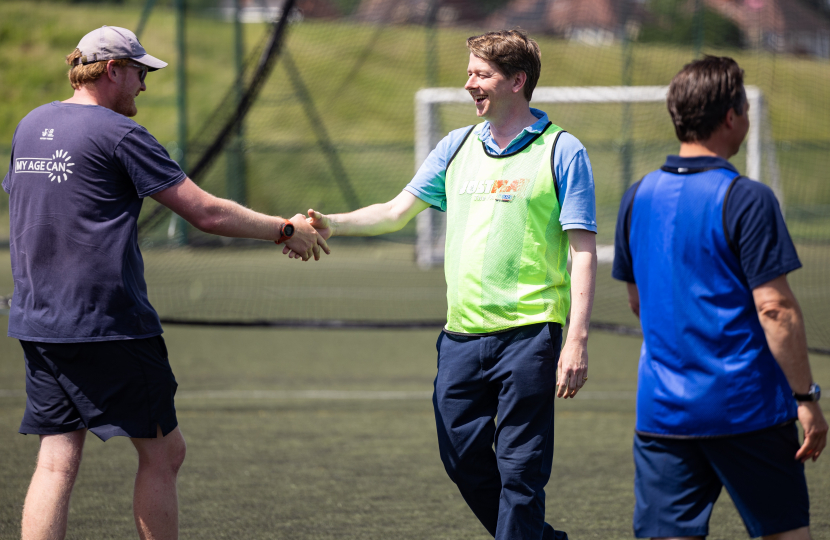 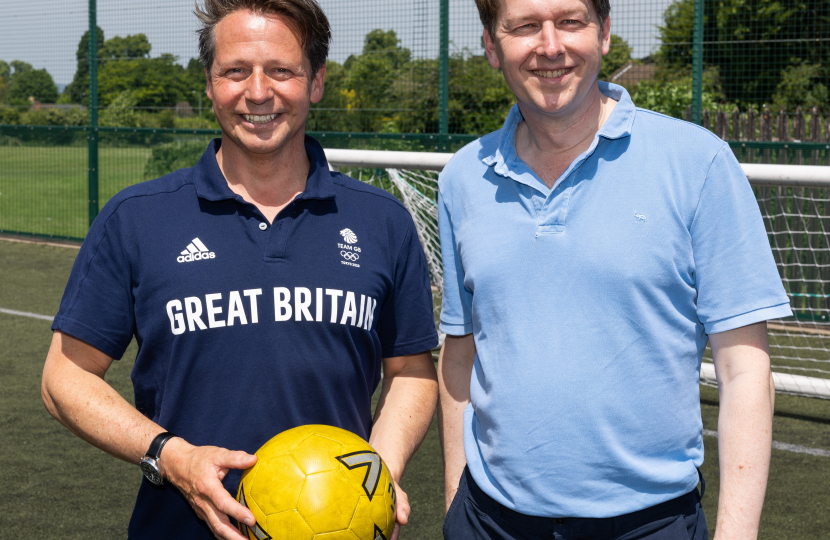 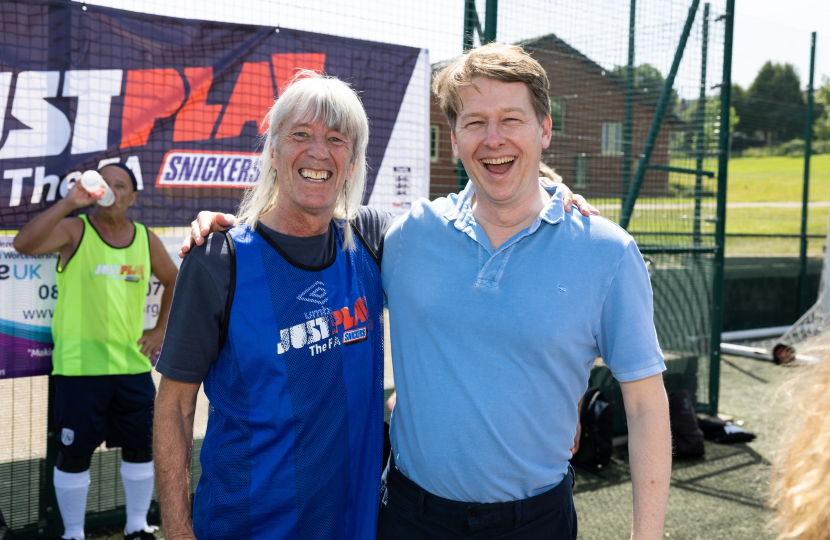 Robin and Nigel also took part in a friendly game with the group’s participants and spoke to them about how the activity is helping to tackle loneliness in later life.

Age UK Herefordshire and Worcestershire’s walking football group is part of the wider Age UK Walking Football Programme, in partnership with The Football Association and Sport England. The programme helps older people in communities across the country to keep active and to improve physical and mental wellbeing through playing the game, which is particularly important now, following the pandemic.

Over the last two years the measures taken to control Covid-19 have had a huge impact on older people’s lives, which together with the added worry of catching the virus, has left many older people feeling isolated, alone, and physically inactive. During the height of the pandemic, when day-to-day routines were disrupted and many clubs and activities cancelled, Age UK found that 1.2 million older people across the UK said that they often felt lonelyi. Although the pandemic is seemingly coming to an end, 27% say they speak less to family now than before the start of the pandemic.

"It was great to get the trainers out to join Worcester walking football group. I particularly enjoyed learning how walking football gives people the much needed social connection that many lost during the pandemic."

“Age UK’s Walking Football Programme is a fantastic way for communities to come together and tackle loneliness.

“It was great to see its inspiring work helping older people make new friends while having fun and getting exercise.

“In government we are supporting those affected by loneliness through our Every Mind Matters campaign which highlights the benefits of social connection this Loneliness Awareness Week.”

“We were thrilled to have the Minister visit the Age UK Walking Football Programme in Herefordshire and Worcestershire today, helping us to raise awareness of the programme. It’s been such a difficult and isolating time for many older people recently and the Age UK Walking Football Programme is a great opportunity to meet new like-minded people in a safe and fun environment.

“Staying strong and steady with physical activity is also proven to contribute to increased physical function, independent living, and improved quality of life in both healthy and frailer older adults. There is also evidence that being more active can also lower the risk of depression and dementia, heart disease, stroke, Parkinson’s and some cancers.”

Richard, who is in his 60s and is a member of Age UK Herefordshire and Worcestershire’s walking football group, said: “I've made new friends and gotten to know more people. We all stop for a coffee after and have a chat. For those who are getting on or may have a lost a partner, it helps with socialising. Plus, there's a fitness aspect, as you get older, you got to use it or lose it. Its inspired me to get fitter. When I first started playing, I felt unfit, so I've started going to the gym. For those who live alone or don't have a lot of contact with others, this helps them make new friends. If someone doesn't turn up for a few weeks, we reach out on our WhatsApp group.”

“I play at least twice a week. I started 5 years ago and I've always played football and managed teams and I played to a reasonable standard. The university started a walking group which was going strong until covid. “It's handy being in the morning so you still have the rest of the day. My love of football brings me back and at my age, if I can keep going that's fine and if I stopped, it would be hard to get going again. I like the camaraderie as well, I lost my wife and two partners and my current partner lives away, so the football helps.”

University of Worcester presented with levelling up award

The University of Worcester was recognised at the Purpose Coalition's 2022 Levelling Up University Awards. Worcester MP Robin Walker has congratulated the university, saying the award demonstrates why young people should choose Worcester for their Higher Education.