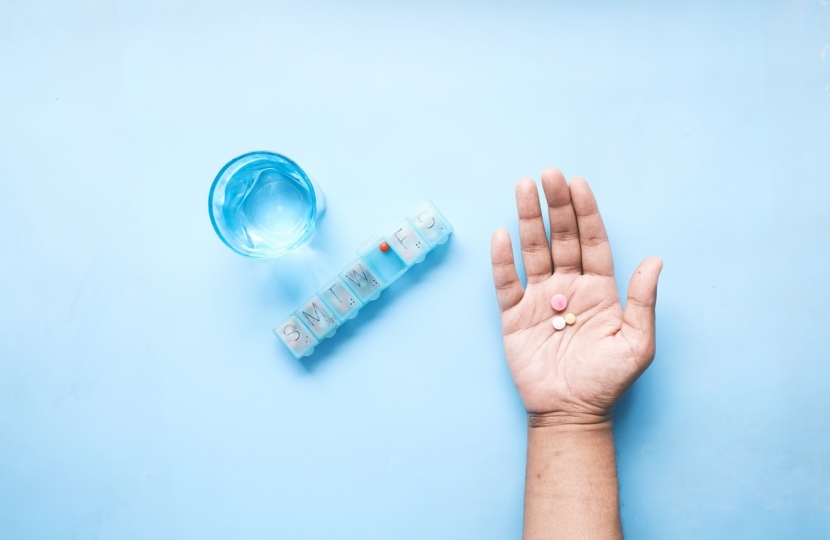 The first pill to ease the symptoms of Covid has been approved by the UK’s medicines regulator. Worcester MP Robin Walker has praised the ‘human ingenuity’ of the Molnupiravir pill, which has been found to reduce the most severe symptoms of Covid.

The tablet will be given twice a day to vulnerable patients recently diagnosed with the disease.

In clinical trials the pill, originally developed to treat flu, cut the risk of hospitalisation or death by about half.

Molnupiravir, developed by the US drug company Merck (known as MSD in the UK), is the first dedicated oral antiviral medication for Covid.

The pill is designed to introduce errors into the genetic code of the virus, preventing it from spreading in the body, reducing the risk of severe symptoms and hospitalisation.

Merck have said that should make it equally effective against new variants of the virus as it evolves in the future, giving hope that future restrictions can be avoided.

The pharmaceutical company Pfizer also recently announced they are working on an anti-viral treatment cuts hospitalisation rates by 89% in clinical trials.

‘’This is more very promising news in our fight against Covid-19. Alongside vaccines, antivirals will play a vital role in protecting the most vulnerable going forward. Although we recently have seen promising signs of falling cases in Worcester, we need to double down on our efforts to ensure that we continue moving in the right direction.”

“Once again, human ingenuity is helping us combat this pandemic with vaccines, drugs and antivirals all playing their part.”