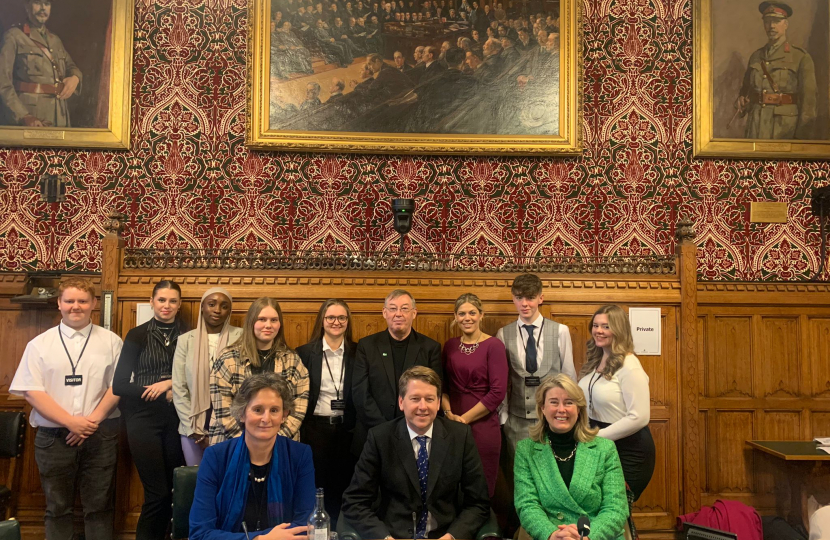 Worcester’s MP has won a hotly contested election to become Chairman of the prestigious Education Select Committee winning the votes of almost half the MPs who voted in the first round and gaining support from colleagues from across the House. The result of the ballot was declared on Wednesday afternoon after just two rounds of counting, alongside the result of the election for the Transport Select Committee which required five. Robin received 217 votes in the first round and 228 in the second, more than half of the 451 cast and more than 100 more than his next closest rival.

Robin Walker, who made his maiden speech about school funding in Worcester and for many years led the cross party f40 campaign on fairer funding, was elected on Wednesday with the support of more than 200 MPs including an array of select committee chairs, Shadow ministers and ministers. He campaigned on his record as a Minister, where he helped to secure the largest cash increase in the schools budget on record and focused on helping schools reopen and help children recover from the impact of the pandemic. He also set out to colleagues his long record of cross party working such as during his time as vice chair of the f40 group, in the all party campaign for financial and his work to support apprenticeships.

Robin has made the case for the committee to hold an urgent inquiry into childcare and the cost of living and was supported by a number of colleagues who spoke in the debate on childcare earlier this week as well as the chairs of the Health, Treasury, Home Affairs, DCMS and Northern Ireland Select Committees. He was particularly proud to secure the support of Labour Shadow Ministers he worked opposite during his time at the Department for Exiting the European Union, the Northern Ireland Office and the Department of Education and Select Committee chairs to whom he had given evidence including Hilary Benn and Simon Hoare.

“Thank you to all colleagues across the House who have supported me, I’ve been honoured to receive the support of some of the people I respect most in Parliament from opposition and Government alike. Whilst I have run in a number of elections over the years this one has been a particular honour to win as you are being judged by your peers, your colleagues and rivals.”

“Nothing can be more important than education, which unlocks opportunity. The work of the Education Select Committee is more relevant and important than ever. I am looking forward to working with the Committee on issues such as childcare and the cost of living, to keep up the great work which former Chair Robert Halfon started on attendance, safeguarding, skills, careers and SEN and to hold ministers to account.”

“From childcare settings, through schools to colleges, apprenticeships and universities, this Committee has a huge range of institutions to look at and people to support, which are relevant in every constituency up and down the country.”

“Congratulations to Robin Walker in his deserved election as new chair of the Commons Education Committee. He will be a brilliant and thoughtful advocate for education, skills, apprenticeships and higher education.”

Robin will be starting his work with the committee next week, chairing an accountability hearing with Amanda Spielman, the head of Ofsted but in the meantime will be back in Worcester visiting the University of Worcester and the Worcestershire Association of School Business Managers this Friday.

For the notice from the Education Select Committee on the election see:

For the full breakdown of the election results see: Results Sheet blank (parliament.uk)

For Robin’s point of order in Parliament to acknowledge his election see: On a point of order, Madam Deputy...: 16 Nov 2022: House of Commons debates - TheyWorkForYou