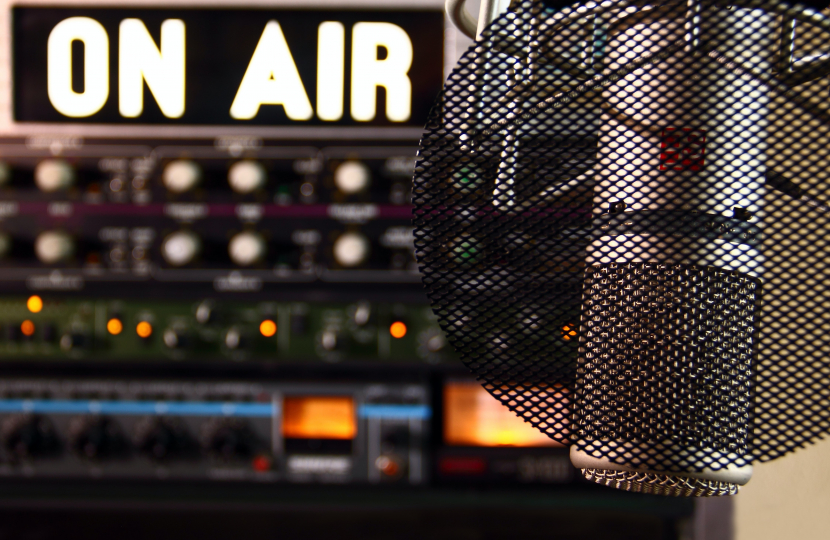 Worcester MP Robin Walker has spoken about the importance of BBC local radio to his constituents. The corporation recently announced significant cuts to programming across its network of 39 local stations, resulting in job losses and a scaled back schedule of local content. In a parliamentary debate about the future of the stations Robin described local radio as one of the ‘crown jewels’ of the BBC’s offer to the public.

Radio stations such as BBC Hereford and Worcester offer localised content specific to the areas they cover. Listeners benefit from news, weather, and traffic updates more relevant to the areas they’re listening in.

The BBC recently announced that local content will operate on a reduced schedule of 6am-2pm, after which shows will be shared across stations. This led to an Urgent Question in the House of Commons, an instrument used to by MPs to address serious current topics, as parliamentarians sought assurances on the future of local radio provision.

Speaking in the chamber, Robin said:

“My hon. Friend was spot on to describe BBC local radio as one of the crown jewels of our public sector broadcaster. BBC Hereford and Worcester was a vital lifeline during the pandemic and many times during the all-too frequent floods in Worcester. In a debate in which we have heard much about rugby league, I am keen to make the case for rugby union. Will she join me in urging the BBC to make sure that BBC Hereford and Worcester is able to cover the fightback and return to the premiership of the Worcester Warriors?”