Walker speaks up for Worcester investment zone at Shrub Hill 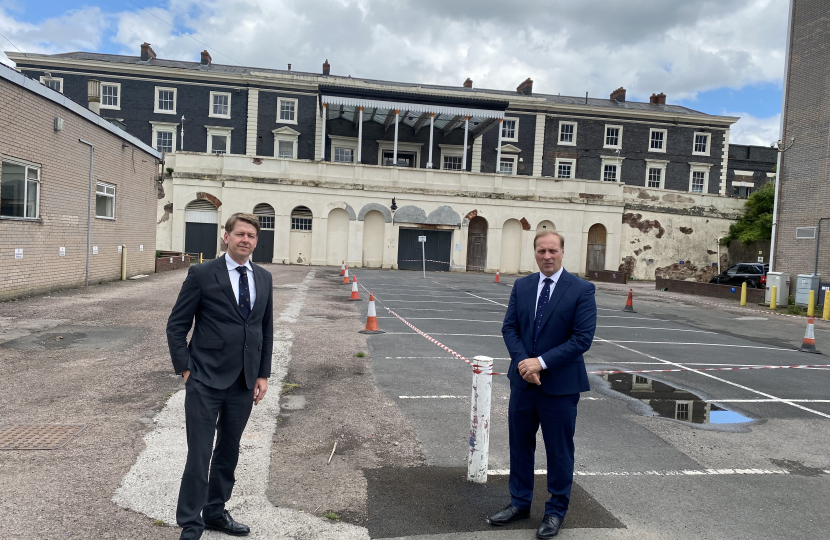 Proposals for an Investment Zone around Worcester’s Shrub Hill area have received the resounding support of Worcester MP Robin Walker. After writing to the Worcestershire Local Enterprise Partnership (LEP) to support the bid, Robin spoke in the House of Commons where he told the Secretary of State for Levelling Up that the bid would ‘put rocket boosters under the levelling up of Worcester’.

In the government’s recently announced Growth Plan, proposals were set out for Investment Zones which will drive growth and unlock opportunities for much-needed housing. Investment Zone sites will benefit from tax incentives, the relaxation of some restrictions on planning, and wider support for the local economy.

The sites of Investment Zones across the country will be dependent upon local support. The bid for a zone around Shrub Hill was submitted last week, with the support of Worcester City Council, Worcestershire County Council and the Worcestershire LEP.

The redevelopment of Shrub Hill is a major part of the government's Towns Fund offer for Worcester which will see £20 million of money to improve the city. Support for the funds for Shrub Hill was granted as part of the government's 'levelling up agenda' alongside the new medical school in Hylton Road, £4.5 million active travel plan and a contribution towards the Kepax Bridge. It is hoped that an Investment Zone at Shrub Hill would maximise the benefit of the Towns Fund money, and ensure that the city is able to reach its full potential.

Investment Zones featured heavily in yesterday's Oral Questions parliamentary session where Simon Clarke and other ministers from the Levelling Up department answered questions from MPs about the work of their department. MPs asked about the environmental impact of relaxing planning restrictions, and ministers reiterated their commitment to "strong environmental outcomes and keeping national green belt policies in place". Last week Robin met with the Worcestershire Wildlife Trust last week to discuss the impact Investment Zones will have on the environment, where he made clear that a Worcester bid would focus on bringing brownfield land back to life in Shrub Hill.

Speaking in the House of Commons, Robin said:

“Worcester Shrub Hill Station is a fantastic opportunity, and the area around it, to deliver brown field development that can deliver jobs and homes in an area of Worcester closely connected to some of the more deprived areas of the city.

“Would my right honourable friend therefore agree with me that an investment zone around Shrub Hill, Worcester, as proposed by Worcester City Council, Worcestershire County Council and the Worcestershire LEP (Local Enterprise Partnership) would be a great chance to put rocket boosters under the levelling up of Worcester?”

In response, Levelling Up Secretary Simon Clarke said that there was a “compelling case” for the project, arguing that the level of interest in Investment Zones across the country shows there is a “huge appetite for growth and investment across the country.”