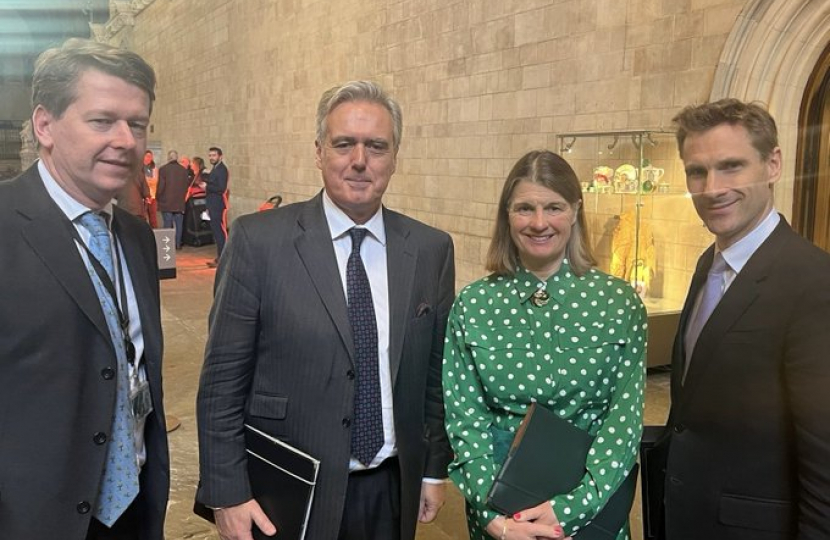 Currently, nitrous oxide is freely available for sale on the internet, due to its legitimate uses in the medical and catering sectors, however, Robin urged the government to do more to identify those selling it for illegitimate uses.

Robin also raised concerns regarding the anti-social behaviour that has been taking place at the Astwood cemetery in Worcester, where the ground around graves has been littered with gas cannisters. Robin took the opportunity to highlight the behavioural effect of nitrous oxide, especially the foolish and stupid activities that occur during a short-term high, which can be deeply hurtful to people if it is something such as desecrating a grave in a churchyard.

Robin drew attention to the role that BBC Herefordshire and Worcestershire played in raising awareness of this issue and Robin raised the importance of local radio to the community. Robin urged the BBC to reconsider the decision to target local radio outlets to cut costs due to their importance in shining a light on local issues.

Speaking in a parliamentary debate on Wednesday, Robin said:

“On the issue of crime, my constituents in Worcester have been inundated with concerns about Astwood cemetery, where vandalism and theft from graves has been taking place.”

“Where there is concern about these things, the website should be referred. I have come across similar cases in relation to even more dangerous substances.”

“He will know about some of the debates we have had previously about DNP—or 2,4-Dinitrophenol—which is a highly toxic and deadly substance, sometimes mis-sold as a slimming aid or exercise supplement. Does the Minister agree that we need stronger powers to ensure we can take action against websites that sell these substances, because I am concerned.”

“I have seen cases and cases have been raised by my constituents where drugs that can literally kill people, simply through being ingested, are being mis-marketed, or marketed in a way my hon. Friend Mark Garnier described—where it explicitly says, “This is not the use for it,” but then goes on to imply that someone can buy it and use it for all those things.”

“This is an excellent example of the public service and duty that our local radio provides, and the BBC should really reconsider its decision to target local radio for its cuts.”

“Residents may have seen the silver mini cylinders lying around after use. It is, amongst users, believed to be harmless… But it is incredibly harmful. It leads to vitamin B12 deficiency. This is something that was described to me as the insulation on the body’s wiring system. Nerves need B12 to function and effects of B12 deficiency starts with numbness and leads to eventually to being confined to a wheelchair and unable to talk – quite possible for the rest of your life.”

“Users claim you can get hold of it from any corner shop. Amazon Prime will deliver in 24 hours. You can buy canisters in all sorts of sizes to suit your need. Indeed, you can buy a pallet load of 72 cases of the larger canisters for £8,150.”

“The site also gives advice on how to use it as a drug and in some cases, website will sell you vitamin B12 pills to counter the effects of long-term use (I’m told this doesn’t work, by the way).”

For the transcript of the full Westminster Hall debate, please see:

For more information on the dangers of Nitrous Oxide, please see:

For more information on vandalism at Astwood Cemetery, please see: