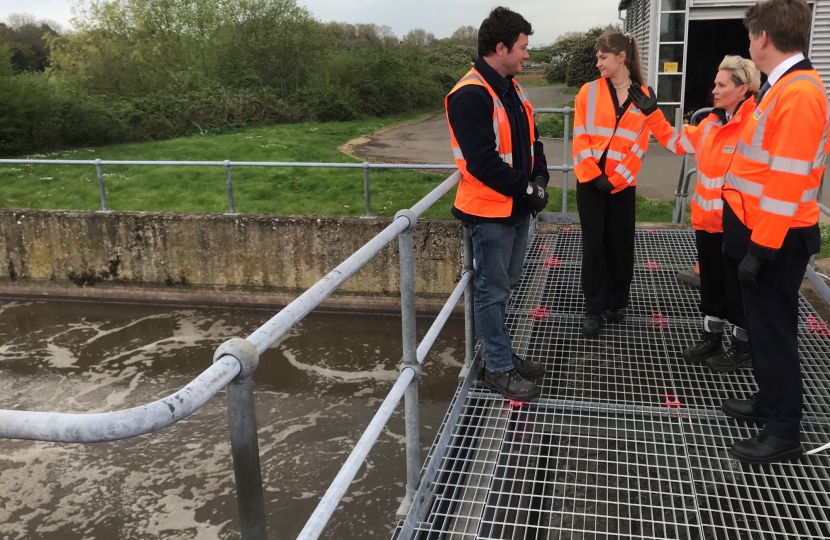 In a move backed by Worcester MP Robin Walker who threw his support behind the Conservative Environment Network’s campaign, the money will go to schemes such as restoring our water environment, removing redundant structures, and creating a more natural wildlife.

Water companies were handed a record amount in fines for pollution incidents last year as part of ongoing action to hold rule-breakers to account. Since 2015, the Environment Agency has concluded 56 prosecutions against water and sewerage companies, securing fines of over £141m.

At present, money from fines imposed by Ofwat and those arising from Environment Agency prosecutions is returned to the Treasury. Under the new plans, ringfenced funds will go to Defra and will be invested directly back into environmental and water quality improvement projects. This could include initiatives to restore our water environments by creating wetlands, re-vegetating riverbanks and reconnecting meanders to the main channel of rivers.

Earlier this year the government published its Storm Overflows Discharge Reduction Plan, which brought in strict targets on sewage pollution and will require water companies to deliver the largest infrastructure programme in their history to tackle storm sewage discharges – a £56 billion capital investment over 25 years.

Commenting on the announcement, Robin said:

“The announcement that water company’s fines will be channelled into environmental improvements is good news following the Conservative Environment Networks campaign, which I was glad to be able to support as part of their water manifesto. Improving the environment around our rivers and waterways is vital and beneficial and the creation of a better riverbank environment will support biodiversity as well as mitigate flood risk.”

“These fines mean water companies are better held to account and will result in record investment in our waterways, including the River Severn.”

“The volume of sewage being discharged into our waters is unacceptable and can cause significant harm to our wildlife and sensitive habitats."

“It is right that water companies are made to pay when they break the rules, but it is also right that this money is then channelled back into improving water quality."

“Water company fines reached a record level last year and moving forward these plans will significantly increase funding that will be used to recover, protect and enhance our natural environment."

“This is on top of the £56 billion investment we’re requiring water companies to invest in improving our water infrastructure, as well as holding them to account through tough new targets.”

Find out more about the manifesto: www.cen.uk.com/changing-course-manifesto