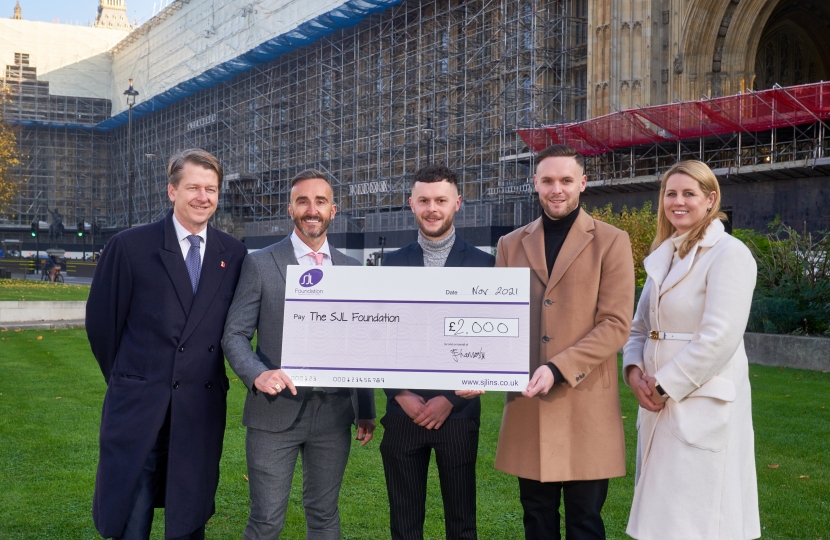 Yesterday the SJL Foundation announced of the winners of the SJL National Start-Up Business Awards, with a Worcestershire business receiving a prize.  Brothers Josh Birbeck, 30, and Joe Birbeck, 26, from Hartlebury in Worcestershire won the category for the UK’s Best Pivot Entrepreneurs Award. Josh lost his retained client in his self-employed social media company and Joe lost his job as a casual chef, when the first lockdown happened in March 2020. Both men did not qualify for any government furlough money so they decided they would be safer working for themselves in their next role rather than being an employee, and five months later Urban Village Pizza was officially established in August 2020.

Back in the summer of 2020, the brothers, to cut costs, moved back in with their mum, a part time administrator for the NHS. Josh sold his personal car so that they could afford to buy a van for the business. The men worked 12 hour shifts over four consecutive days working a 48-hour week at the Worcester Covid Test site for one year with G4S to help with testing. Then they would use the next four days to work on their new business, investing their wages that they made working at the Covid testing site, straight into their business.

Urban Village Pizza is a Street Food Pizza Pop-Up, providing fresh pizza for takeaway or collection in rural areas that aren’t in a delivery catchment area. The brothers chose urban locations to put on their street food events also with pubs that don’t offer food. They have expanded to set up their gazebos and four Ooni ovens at weddings, corporate events and festivals as well.

Rather than buying frozen ready-made dough, the duo buy all their ingredients from Italian suppliers and make their own home-made dough on their mum’s kitchen table using a secret recipe that is attracting 5 star customer reviews. They have also brought their food to Worcester, where they serve at the Oil Basin on Copenhagen Street.

Commenting on being announced as a winner Josh Birbeck, said: “As a start-up business an injection of cash will help us to expand into festivals in 2022, along with employing a new full-time member of staff.  We have been kneading the dough by hand so a grant would mean we can purchase a new mixer for the fresh dough.

“The money from the SJL Foundation is great. It’s more than that as it is the ultimate compliment to our accomplishment over the last year recognising the hard work we have put into the business, which will help us keep pushing forward and keep up with the demand. We are currently doing a kitchen take-over in a restaurant in Worcester.”

Joe Birbeck, who is the head chef said: “Combining my chef skills and Josh’s social media marketing skills we thought we would make a great team and so Urban Village Pizza would work, and it has. So much so, that when we do pop ups in village locations, we have usually sold out before arriving and can’t take any more orders whilst parked up, but just cook the pizzas that were pre-ordered. So having this grant will help us expand, to be able to keep up with the growing demand.”

Commenting on the brothers, Simon Lancaster, founder and trustee, SJL Foundation said: “Joe and Josh Birbeck remind me of myself when I was starting out as they both work 18 hours a day 7 days a week and I worked 18-hour days 5 days a week. It is that sort of hard work that is needed especially in the first few years, to ensure a business has the best chance at becoming profitable and sustainable, so Joe and Josh are making all the right moves.

“If I had not got a council grant 20 years ago, I wouldn’t be where I am today, so I ask Joe and Josh to give back by Paying It Forward too.  The SJL Foundation’s ethos is to support start-up business entrepreneurs and encourage others to Pay It Forward so that we build a community of building people up who take risks to set up their own business.”

Robin Walker MP for Worcester said: “These awards are a fantastic opportunity provided by the SJL Foundation to recognise innovative and ambitious entrepreneurs who been through a tough couple of years but have done so fighting. Not only do winners receive cash for their business, but important support and advertising, allowing the businesses to grow which is what the SJL Foundation is all about.

“I was particularly pleased to see Urban Village Pizza from Worcestershire win recognition for their efforts in building an exciting business from the ground up during lockdown. They are going from strength to strength and are even expanding into the city which is great to see.”

Part of the SJL Foundation is its #PayItFoward ethos, encouraging winners who have been helped by the charity, to give back by helping others as they grow. Each finalist had to agree, before we accepted them as a finalist, to Pay It Forward so that they also help another start-up entrepreneur too, and as part of that agreement ask their future mentee to also agree to Pay It Forward. Increasing the SJL Pay It Forward movement growing for the good of communities across the nation.